Allowing Men to Care. Fatherhood and Child Security Project: A Program to Engage Men on HIV, Violence, and Caregiving in South Africa. 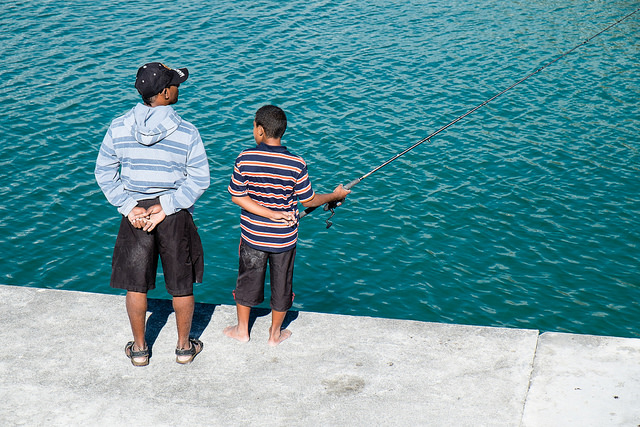 To improve men’s family relationships, the Sonke Gender Justice Network’s Fatherhood project addresses norms that condone gender-based violence which exacerbate the spread of HIV and leave the needs of Orphans and Vulnerable Children unmet. In particular, it works with men and communities to change traditional roles for men to include caring for the ill, parenting children, and supporting women in balancing workloads.

The project trains and supports local government and civil society groups to address all forms of violence and to mobilise men’s greater involvement with their families. It works to educate key municipality members and local government officials, as well as religious and traditional leaders, about the link between rigid concepts of masculinity and risky behaviour so that these groups can better address violence, HIV, and the neglect of OVC.

The Fatherhood project encourages organisations that facilitate support groups for women to create fathers-to-fathers support groups for men. Men in these support groups attend workshops where they discuss masculinities, gender stereotypes, the needs of wives and children, violence, HIV, and caregiving. These meetings use self-reflection to respond to men’s own concerns and to help them determine for themselves how they can be better husbands and fathers. These men gradually begin to change their roles within the home, taking on new responsibilities and defying social pressure to conform to traditional expectations. Some of them begin to care for the ill, helping them write wills, assisting them in accessing antiretroviral treatment, and referring them to social services. Others educate the broader community about HIV prevention, distribute condoms, and encourage community members to get tested.

Quantitative and qualitative findings, based on knowledge and opinion surveys and consultation seminars with local and government partners, show that the Fatherhood project has had a significant impact on men and their families, communities, civil society, and government.

This blog was written by Elizabeth Tofaris, University of Cambridge, on behalf of the the Impact Initiative for international development research. The Impact Initiative seeks to connect policymakers and practitioners with the world-class social science research supported by the ESRC-DFID Strategic Partnership, maximising the uptake and impact of research from: (i) the Joint Fund for… END_OF_DOCUMENT_TOKEN_TO_BE_REPLACED

SAGE is a DFID supported, integrated programme to improve the lives of adolescent girls, responding to the multiple and interrelated disadvantages they face. It comprises two components: Delivery of integrated services for vulnerable adolescent girls through a safe spaces approach, including enhancing their access to sexual and reproductive health (SRH) education and services. Support for… END_OF_DOCUMENT_TOKEN_TO_BE_REPLACED